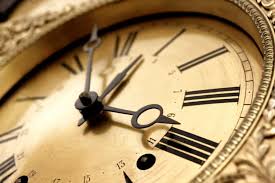 I had it all planned out, in my head at least, what Friday’s post was to be about. But something happened on thursday that upturned my plan. So I’m shelving the story i had in mind to gist you about what happened on Thursday. Enjoy!

Hello you,  so its friday again, I hope you are as excited as i am to meet another weekend😊..

A friend of mine had to be operated on yesterday. No one saw it coming, he woke up hale, hearty and cheerful that morning, it was just another ordinary day like every other, he got ready for the day as usual and was about to set out when the seemingly ordinary thursday took an unexpected turn. It started with a little stomach upset, nothing too serious, but in a little time that ‘unserious’ upset had become severe enough to warrant his presentation to the hospital. The doctors  came around, did their examinations, asked questions and made their diagnosis, then the news came, the only treatment modality for the condition was a surgical operation. The operation was done that same evening.

I saw him after the procedure (which was actually just a few hours ago), still in a semi-concious state, i couldn’t help but think to myself that if  my friend had been told when he woke up that morning that he’d be wheeled into a theatre that same day and have an operation done, he’d most likely have laughed with his feet in the air. But it happened.

I remember that just two days ago we had talked about plans for a wedding we both intended to attend this weekend, but now he would no longer be able to make it, i imagine he had made other plans on how he’d spend the weekend, even plans for the coming week, maybe he had even been thinking of what he’d have for breakfast that morning before everything got twisted but now he can’t even take food orally for sometime.

It only takes a second, for things to change, for situations to turn around, for the unexpected to happen, for the unimaginable to occur, for life to turn downside up and what strikes me most about this is how little control we have over this life that we call ‘ours’.

This makes me remember the story of the rich fool in the bible. It was the time for harvest, this rich man had harvested his crops and was well satisfied with the outcome, he looked at the wealth around him and sat down to merry and relax, in his heart, he planned how he’d build bigger barns and reap an even bigger harvest, but while he made his plans, the real owner  of his life was making His own plans and He said concerning the rich man, “Tonight your soul would be required of you” and so the rich man died without achieveing any of his grandiose plans. He went to bed, his head full of ideas and plans but in a split second as he breath his last, everything changed.

It all still seems surreal to me, what my friend went through. We make plans and set goals with the belief that things would always play out a certain way, but they don’t always, do they? Sometimes the unexpected happens. It only takes a second (or far less) for the one who calls the actual shots to change the course. Remember this😉

One thought on “It only takes a second..”

Swipe👉👉
Do you know what purpose is? Do you know your purpose?
_I am fat! obese in fact. I checked my weight a month ago and the numbers that stared back at me made me shudder. I mean, I am basically just rolling around the whole place like an inflated ball.
Imagine walking into a store, picking up the items you need, getting to the cashiers desk and being told, "sir/madam, all the items in this store have already been paid for"
Change they say is the only constant in nature.
Smile, that big beautiful show of teeth.
Many times in a bid to get things done quickly or move faster in life, we hurry.🏃‍♀️🏃‍♀️
Its beautiful to be able to dream, even more amazing to have the capacity to dream big, because not everyone can.
Happy Sunday!! Ear rings from @lily_accessories2.0 , such beauties😁